Because we flew with Hawaiian Air, our stop off was in the beautiful Honolulu, Hawaii. We had six hours between our arrival and our second flight, but we had been told by our travel agent that by the time we got through customs and got our bags, it would be time to check in for our next flight.

Well, we literally walked through customs at Honolulu airport (although my main luggage bag was checked by US customs, and the lock and main zipper was destroyed in the process. Cheers for that!) so we had literally hours to kill. None of us had anticipated actually being able to see any of Hawaii, and we were all dressed in preparation for New York winter.

Being a family of history nerds, we decided Pearl Harbour was the perfect place to kill a few hours, seeing as we didn't have that long, and lacked swimwear. We caught a taxi, feeling totally weird driving on the other side of the road and found ourselves at Pearl Harbour. 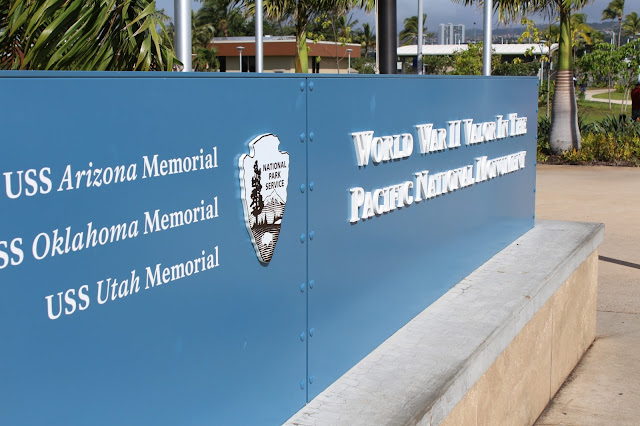 For starters, Hawaii is beautiful. We didn't even get to see any beaches besides when we landed, but the landscape is utterly beautiful. It was hot, which was odd after spending so long preparing for cold! The drive to Pearl Harbour actually reminded me of Sydney quite a lot, but with more palm trees and less eucalyptus trees. The weather was also quite like Sydney's, but it was hard to believe that this was the middle of their winter. 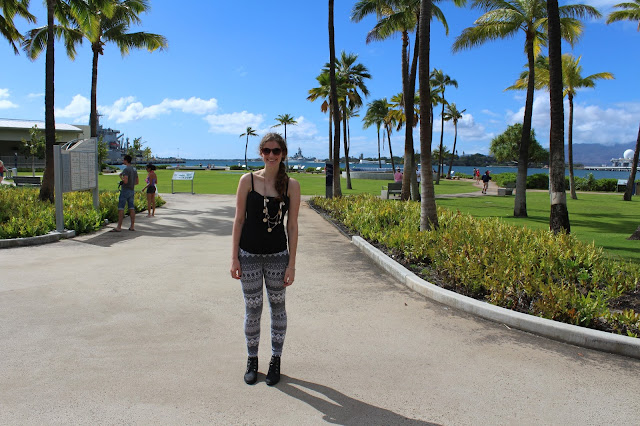 You could feel the history of Pearl Harbour seeping through the seams of the place. It was a beautiful day, and according to our taxi driver it had been rainy and windy for the first view days, so I guess we were just lucky! But the good weather brought the crowds and the museum and memorial were packed. 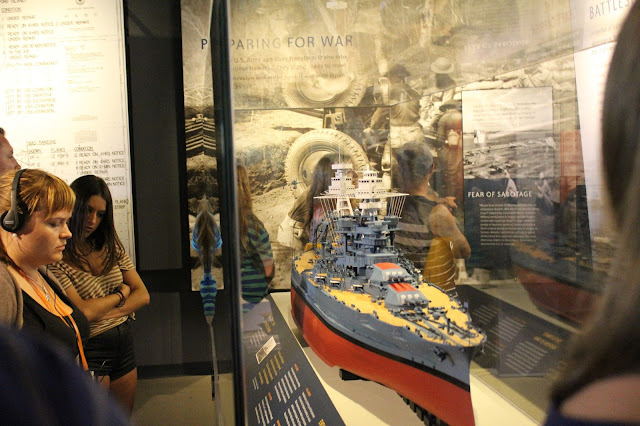 The museum bombarded us with information. My senior high school modern history course managed to go from World War One straight to the Cold War, skipping the Second World War almost all together, so my knowledge on WW2 and Pearl Harbour was juvenile. 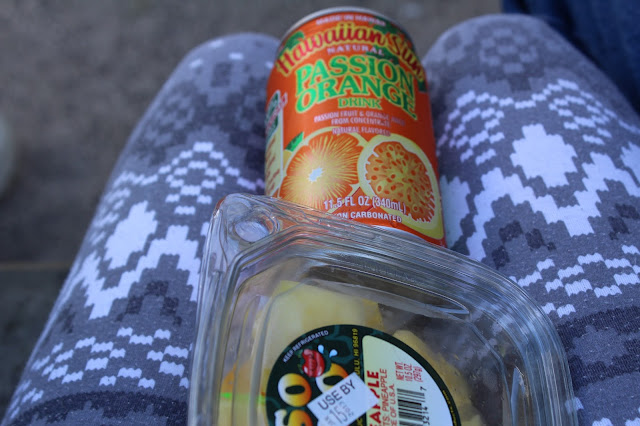 I unintentionally chose an outstandingly 'Hawaiian' lunch of pineapple and passion orange juice. It was the best pineapple I've ever had for the record. 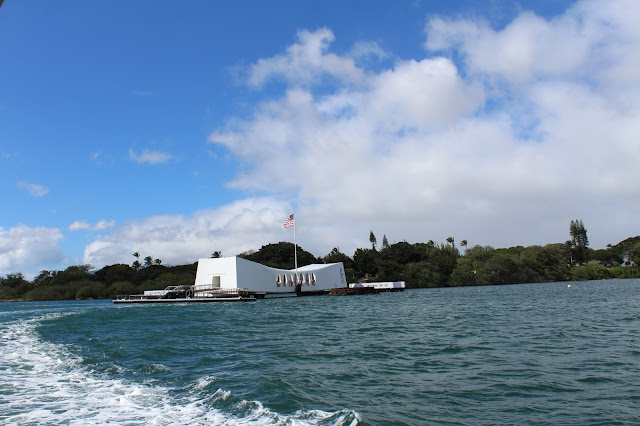 We joined a tour of the memorial, and sat through a half an hour history film about the air raid. A boat took us out to the USS Arizona memorial. It's an amazing structure built over the sunken remains of the American Attack ship that sunk during Pearl Harbour, taking with it hundreds of lives. 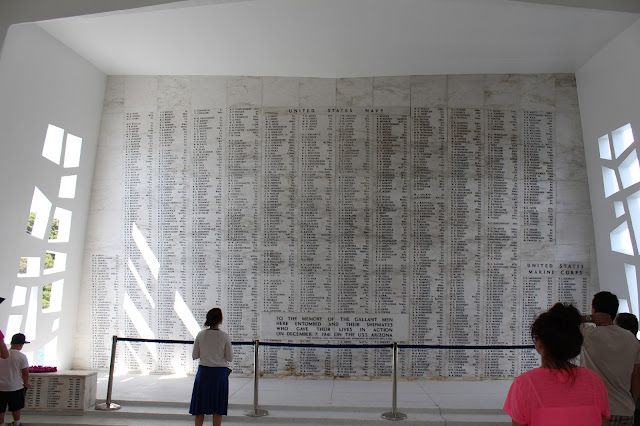 There's something about a wall of names that sends shivers down one's spine. Knowing that all of those people's lives ended at the same instant. It forces you to remember the value and  worth of each moment you live. The memorial was special. 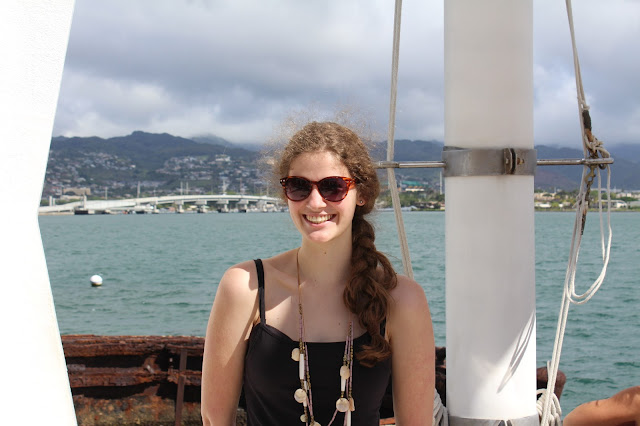 Clearly, I was dressed for Hawaiian weather! We had to strip down to our very bottom layer before going anywhere. I got sunburnt on my nose, which frankly I find rather ironic seeing as we're on a trip to New York in winter.

I really liked Hawaii. On our way home we have almost a full day so we'll get to go to the beach and see more of the sights! The people are super nice and I really love the language. mahalo means thank you in Hawaiian and it is my new favourite word. Ahh it's a beautiful language and place to be so I can't wait to come back! 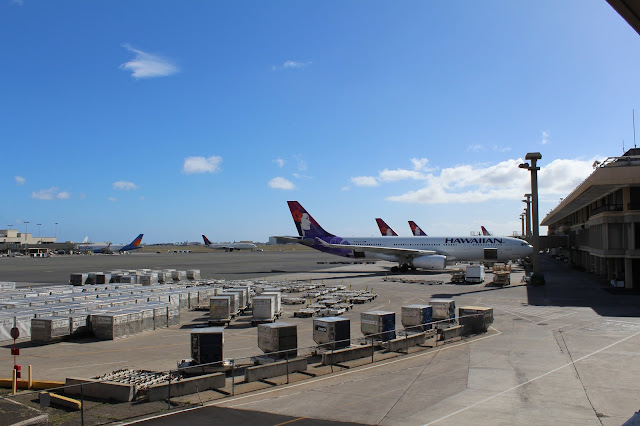 But soon, it was time to leave. We caught a taxi back to the airport on the wrong side of the road, checked everything in, drank our first round of starbucks coffee of the trip (which to my parents surprise was actually pretty decent, despite preconceived ideas) and waited in the lounge. We were all ridiculously tired and jetlagged already, which was about to get much much worse.

The second flight from Honolulu to JFK New York was definitely harder than the first from Sydney to Honolulu. The second flight was packed, and had lots of babies who cried (except for the twins next to us who were adorable and would laugh every time I pulled a face, providing much entertainment for me). Because it was a domestic flight, we didn't get a lot of the perks that we had on the first flight like in flight movies and such (they all suddenly cost money). Because we were so tired, we tried to sleep for most of the trip but as my excitement to land in New York built, the nine hours dragged on and on and as hard as I tried I could just not get myself to sleep for more than half hour internals.