State Library, the Frick and Clive

Today (24th) was a rather chilly day. We headed into town and walked to the State Library which was open (yay). We walked through Bryant Park, where the water fountain was still on! All the fountains in Central Park have been shut down for the winter, so I was beyond thrilled to see this one still going, with awesome ice happenings. 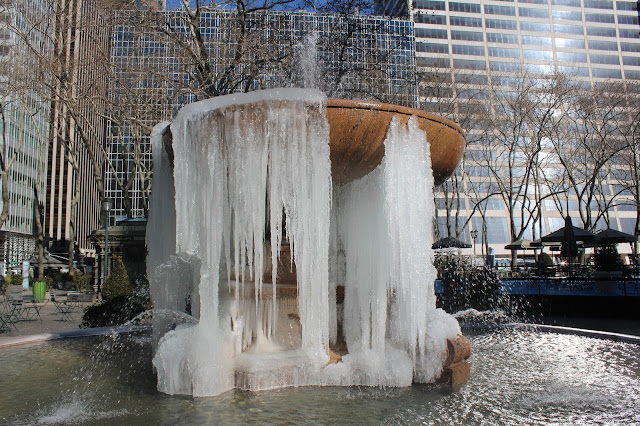 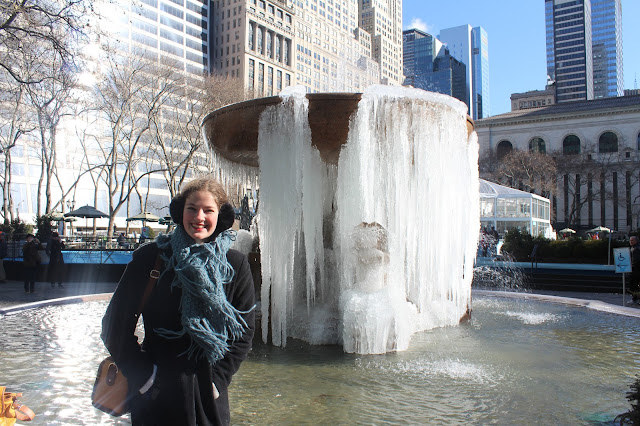 Then it was on to the Library. 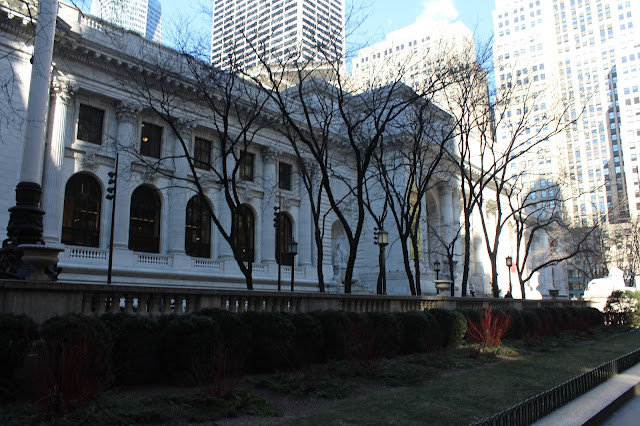 I got way too excited about some cute little birds. 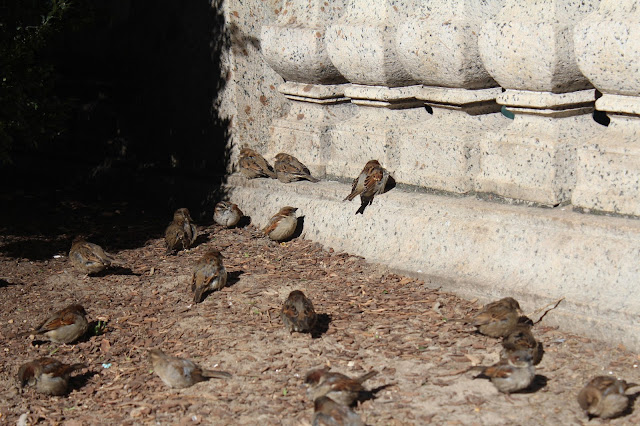 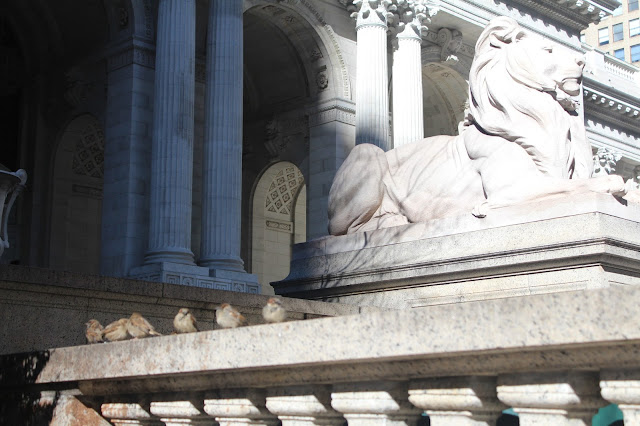 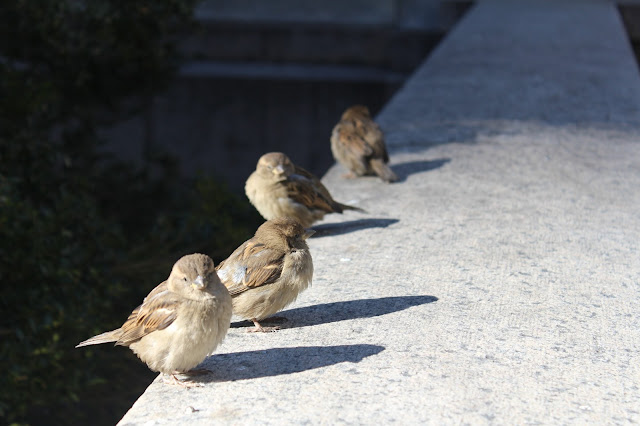 The inside of the library was utterly beautiful. I couldn't take photos of the reading room, but the rest of the building was also fabulous. 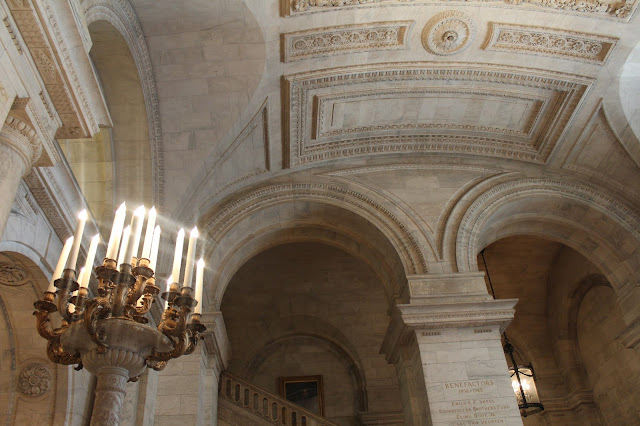 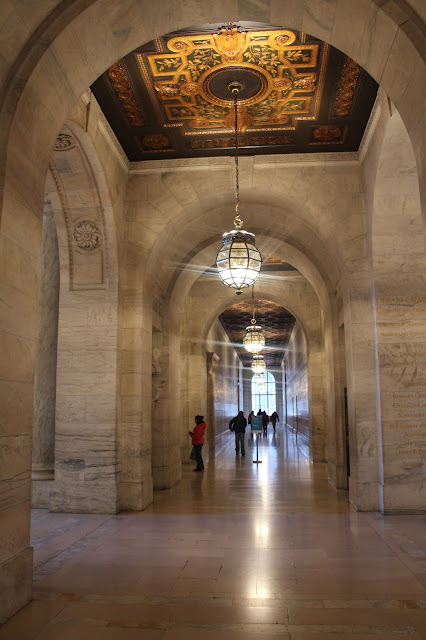 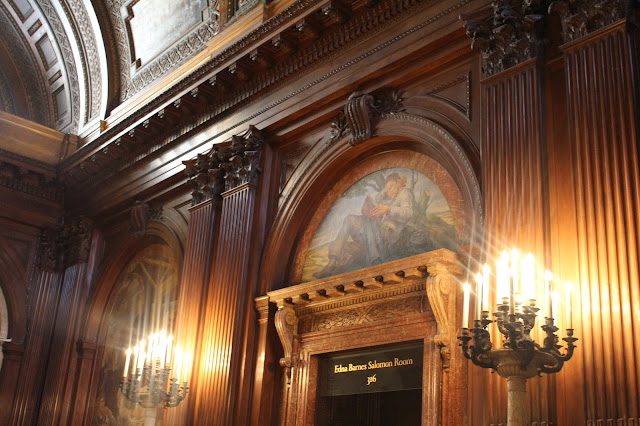 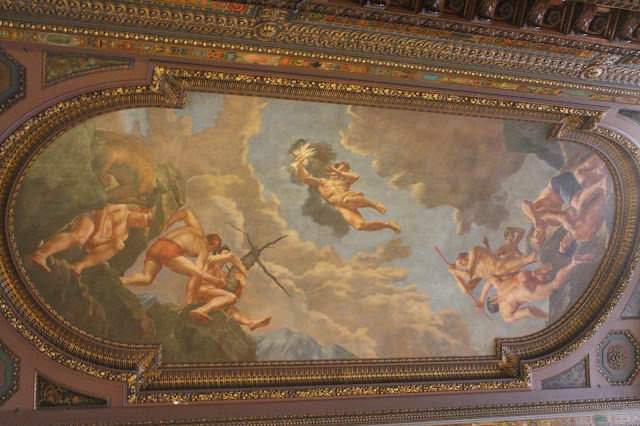 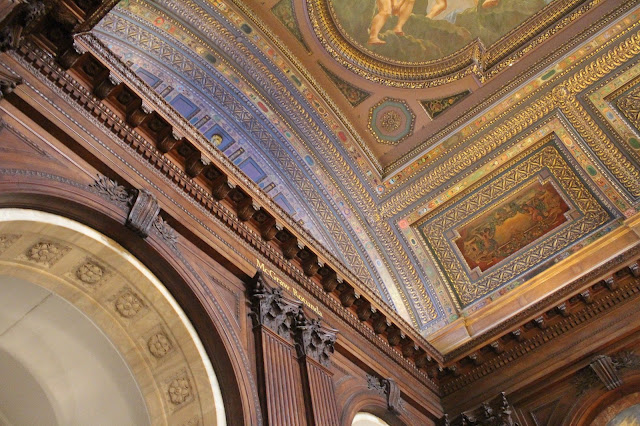 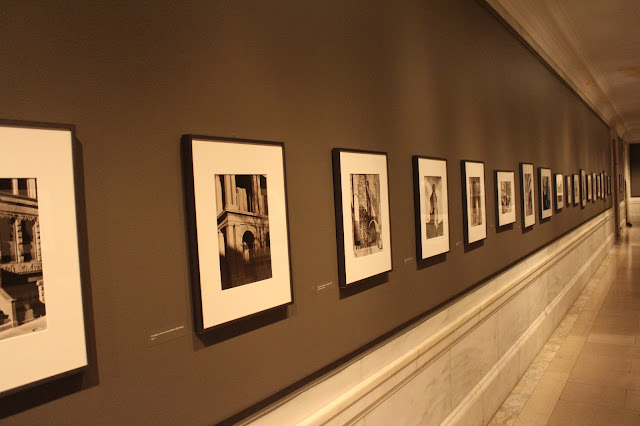 After the Library, we went to the Frick Collection. It's a museum set up in Henry Clay Frick's mansion, to showcase his extensive art collection. The house is undeniably fantastic, but I found the layout of the works uninspiring and lacking any meaning. They left the art in the places he originally put them, but as a viewer, it was hard to understand the collection of works as they're gathered in any real order so it's often hard to appreciate them. So I wasn't a huge Frick fan, but I enjoyed the outside architecture of the building. You were not allowed to take any photos inside the building, and I forgot to take a photo of the outsides (derp).

After the museum, it was outrageously cold, and we headed back to time square. I parted with the family, who headed back home, and met up with my friend Sam who is in New York for a Juilliard audition because he's amazing like that.

We saw the play 'Clive' by Jonathan Marc Sherman, directed by Ethan Hawke at Theatre Row. It's an adaptation of Brecht's 'Baal' and was compelling and confusing and wonderful all together. We described it as a 'thinker' play, because I'm going to have to spend the next week getting my head around it! But it was awesome to see Vincent D'Onofrio on stage, and Ethan Hawke was very very good as Clive. Wonderful night!
Posted by Soph Hawk at 1/25/2013 02:29:00 am