Today was a brand new day in this beautiful part of the world. Everyone keeps talking about how warm it is at the moment, which is scaring me because I'm pretty much in a constant state of freezing cold. We ventured out into the cold and to the bus stop with the best view in the world, before boarding onto a bus heading to the city. In fifteen minutes, we were standing in the city. Our plan for the day was central park, but first we had a few things to do. We got US sim cards for our phones, checked out the half tix line and picked up our New York City Passes that we had ordered. 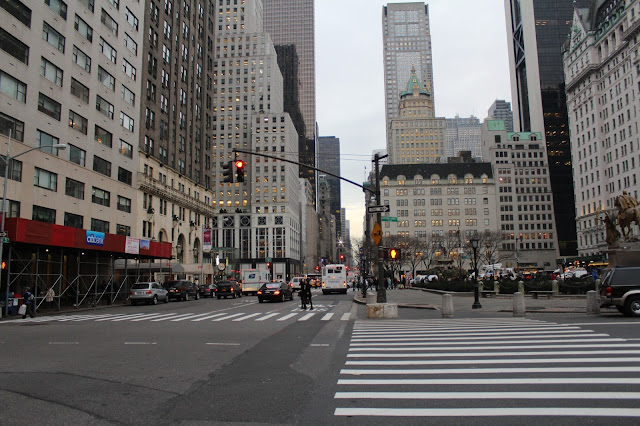 The city was bustling as usual. Everyone looked like they had something to do and somewhere to go. I love that New York is such a mix of types of people. I have this obsession with not looking like tourists because I have read so so much about how much people hate tourists in New York. But this morning as we were choosing which cafe to have some coffee in, two ladies asked my dad where Broadway was, and he pointed them in the right direction. So day one, and people think my dad's a local. Mission. Accomplished.

After lots of walking and freaking out about being in New York, we reached Central Park. This place, is huge. It looks amazing in winter with all the trees bare, but I can't wait to walk through it after it snows! 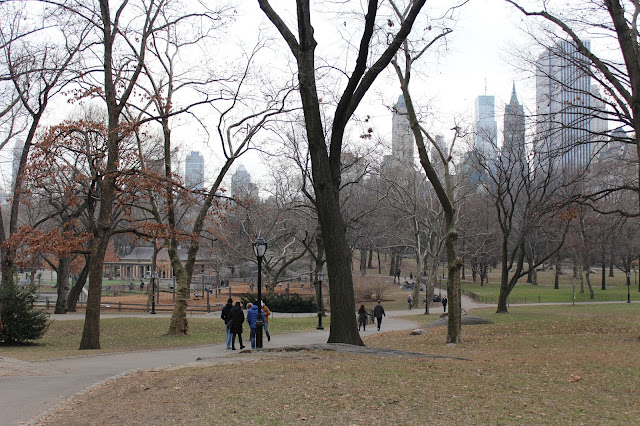 Another breath taking experience in New York. No surprises there. Dozens of guys tried to convince us to buy a trip on the pedicabs for ridiculous prices, but we decided to walk (i got scared when they asked for $125 for half an hour gahhhhh!) Central park was finally a time to take out my camera and snap away to my heart's content without feeling the judging eyes of New Yorkers blaring down into my tourist soul. Pretty much everyone there was a tourist! 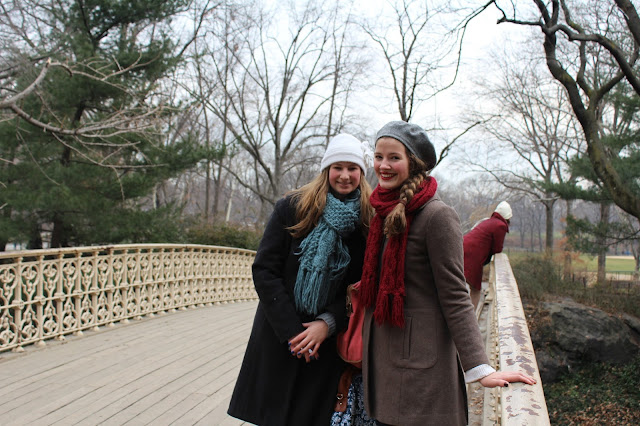 I don't know if they specifically tried to make every single thing in Central Park a photo moment, but they did. We freaked out about the squirrels because well, squirrels (no further explanation required). 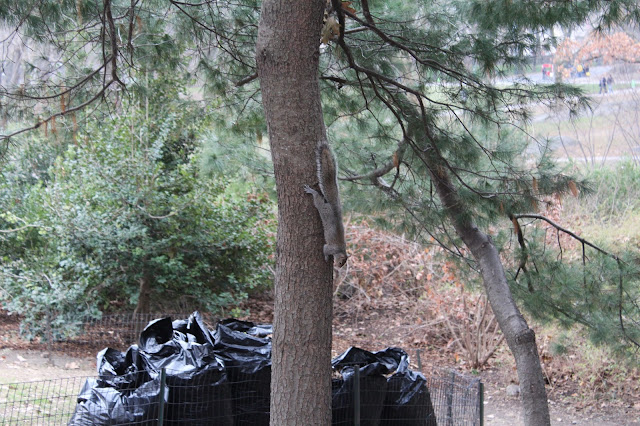 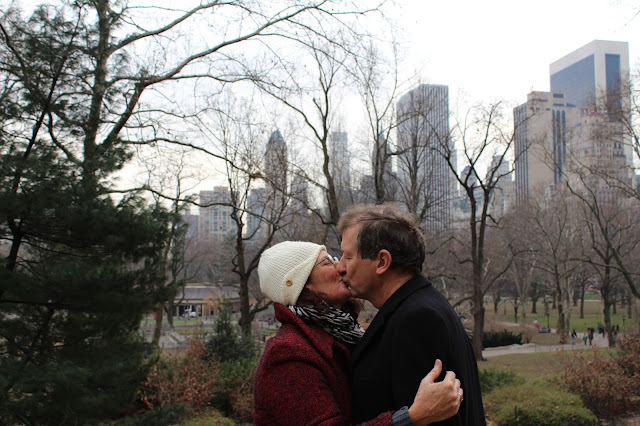 Adorableness continues. We found the ice-skating rink and plan on taking over in the twilight (but we have a month so no rush y'all). 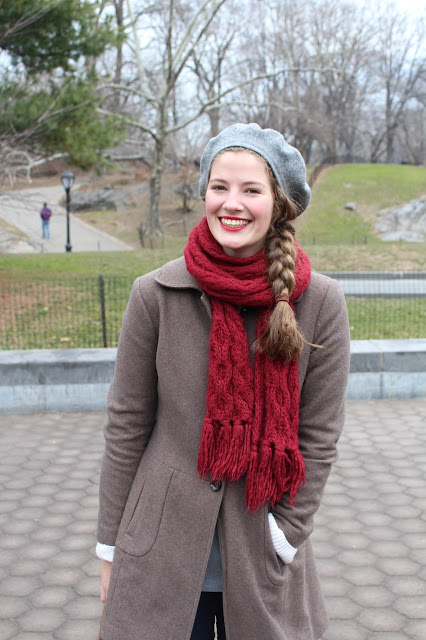 We climbed rocks and followed paths and squealed about more squirrels. I stood in awe at the fact that I was standing in Central Park in New York City. I love that I get to share this with my family. New York has always been part of my gap year plan, but it makes me so happy that my family is here along with me to experience it. 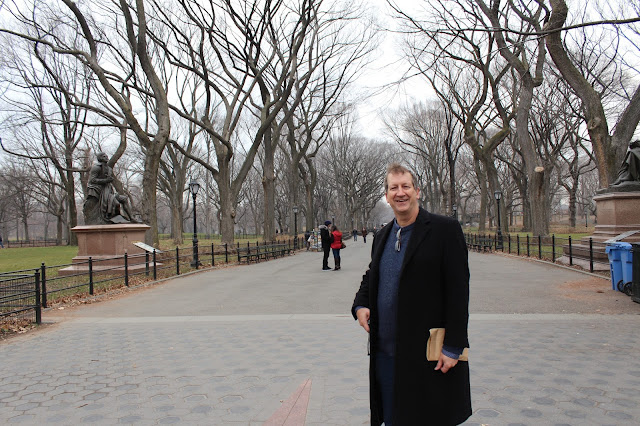 I love the mood of Central Park. When it snows, I just know that it's going to be the definition of 'Winter Wonderland'. There are loads of buskers and street performers around too. There was a guy playing saxophone and a singing trio that was absolutely amazing. And bubbles guy. I liked him. 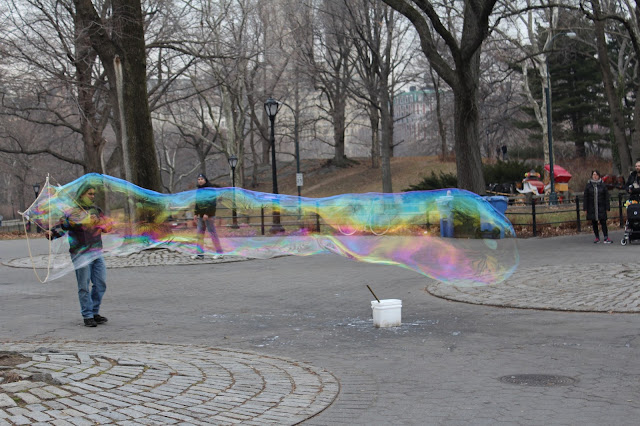 There are lots of fountains in the park as well, but most of them are drained for the winter. But they are still spectacular. 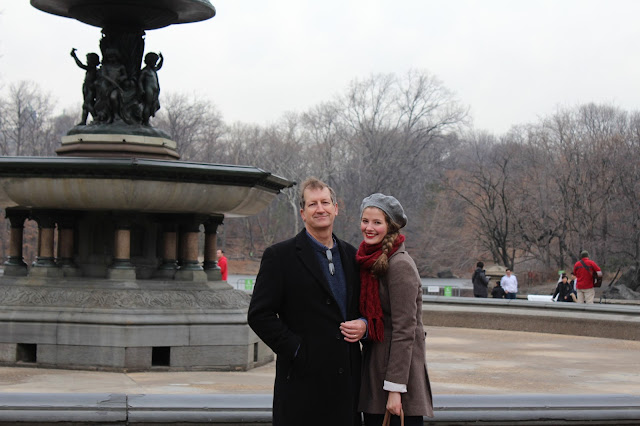 We reached the pond and I continued to nerd out over the Boathouse. I pointed it out to my parents and it was decided that we would go there for lunch. All my 27 Dresses dreams came too. Lunch at the Central Park Boathouse. It was a bit too much for me to handle if I'm honest. We thought hey, what the heck, it's our first day in New York. I felt very spoilt! 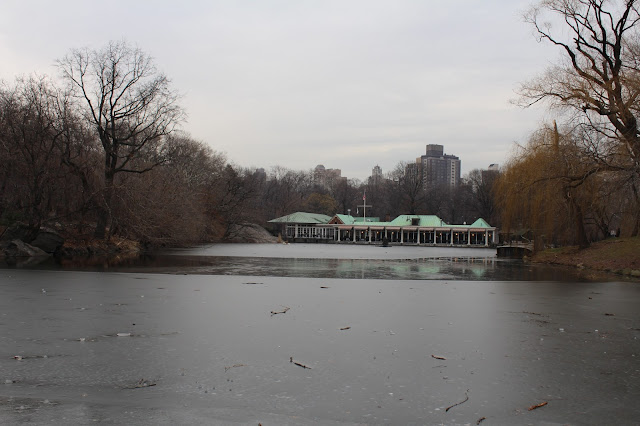 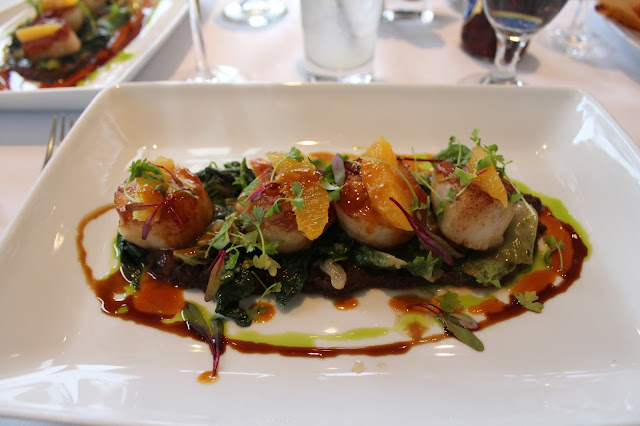 After, we realised how tired we were, and fought our way back through the city just as the light began to fade, to the bus stop and then to our warm apartment in Jersey.

I am constantly surprised by how many Australians are here. It seems every tourist is Australian, probably because the dollar is so strong, but I keen hearing Australian accents while walking down the street. And people seem to know about Australians more than I expected! In our restaurant last night, on the TV, the ridiculous heat and bush fires made the New York News! And then today the guy who served us at T-Mobile asked us if we were affected by the heat, and about how they added colours to the heat chart! The guy who talked to us at half tix was from Adelaide and the family at the table next to us was from Perth! We are taking over New York - which makes me happy.
Posted by Soph Hawk at 1/09/2013 08:37:00 pm