Today (26th) was freezing cold, and Australia Day, which was all sorts of strange for us. There was snow on the ground. Real. Snow. This is our balcony, Dad's artsy photography yo. 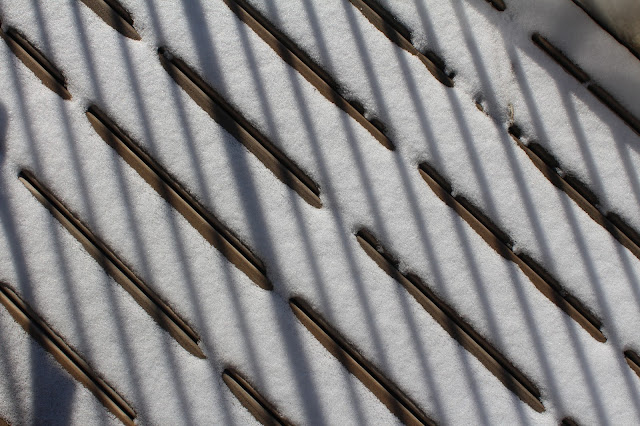 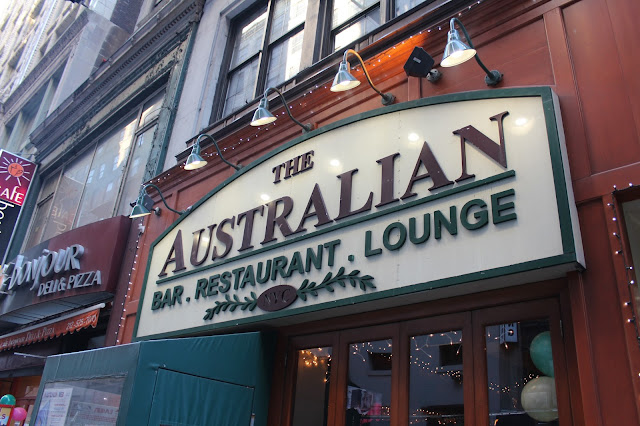 They knew what a lemon lime bitters was (hallelujah) and all the waiters were Aussie's in shorts and t-shirts. Mum brought Aussie flag tattoos which were donated to the waiters and  brought much happiness. We had lunch with my friend Sam who is also here. Lunch was lots of 'Aussie' foods. Probably not the best meal we've had here, but it had a really great atmosphere. 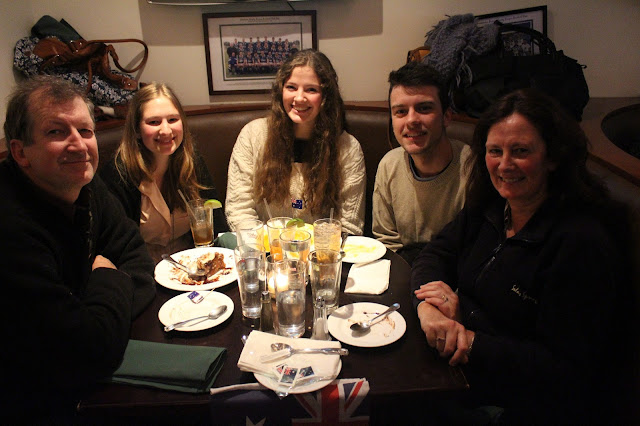 And they knew what lemon lime bitters is so they're forgiven for their disappointing pavlova. 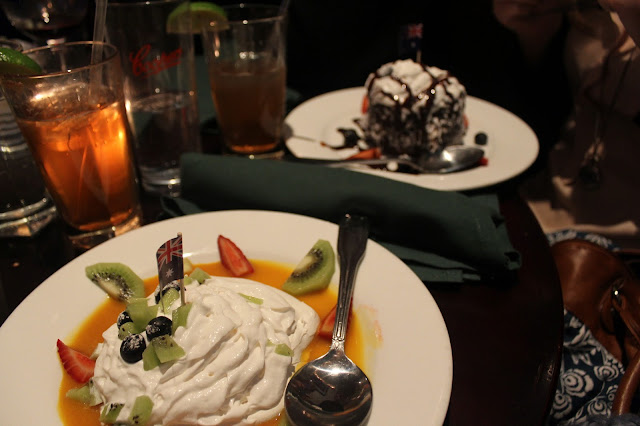 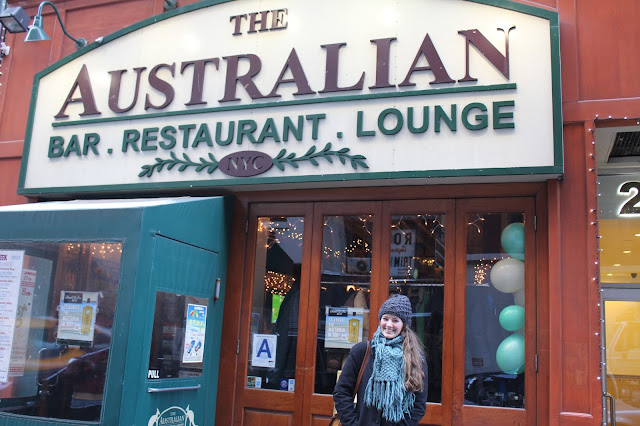 After lunch, our waitress directed us to the only cafe in New York (coincidently run by Australians) that could actually make decent coffee. Then we went and saw Zero Dark Thirty at the cinema which was fabulous, and should win some Oscars. Big Day. Good Day!
Posted by Soph Hawk at 2/01/2013 01:10:00 am