On June 1st, the beautiful first day of summer, we headed off to the La Brea Tar Pits and Page Museum with Erica, Emma/Donna's friend, who is an archaeologist! So she was a pretty perfect person to go with! 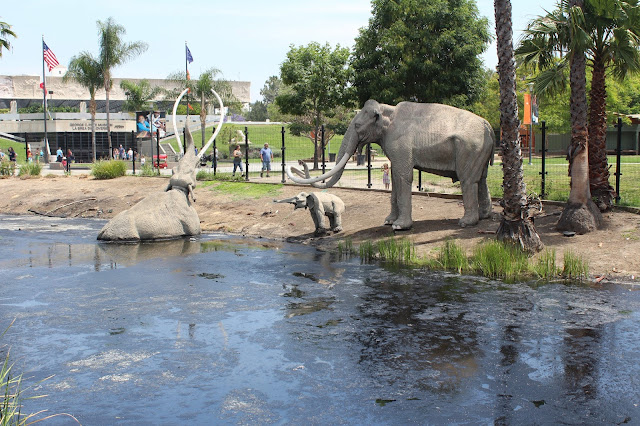 The 'pits' are actually of asphalt, and are not as dramatic as the term 'pits' suggests. But they found literally thousands of ice-age era animals, plants and organisms fossilied in the asphalt! Which makes for a pretty great museum! 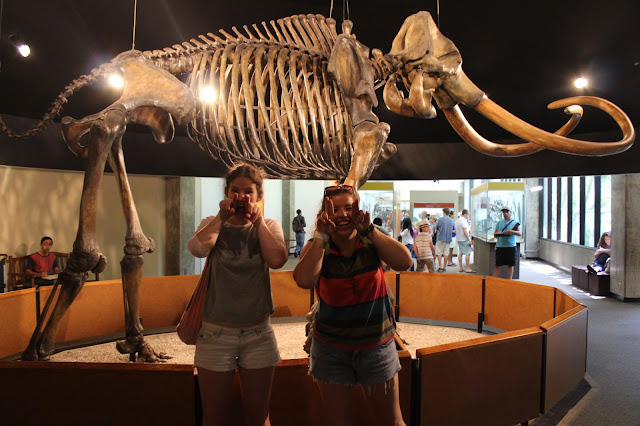 We walked around the grounds, and in the museum, where much of the skeletons are on display. They're currently working on 'Project 23', which started when LACMA dug up ground for a carpark, and they discovered even more fossils and remains. We also visited lot 91, which is a site where they're actually excavating things from the asphalt! They was also a theatre performance thing which was actually really good and had lots of good info!

Then we headed over to the Los Angeles County Museum of Art. 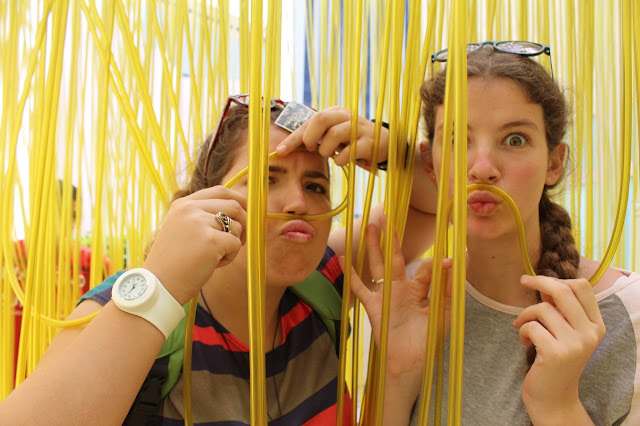 Bridget and I share the same pessimistic view towards modern art, which is kinda why we're best friends. So we took photos with modern art looking confused (notice how the art work looks strikingly similar to the stuff in the MoMA...) 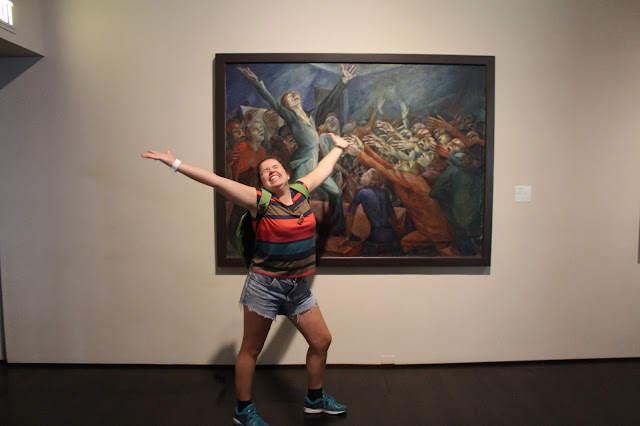 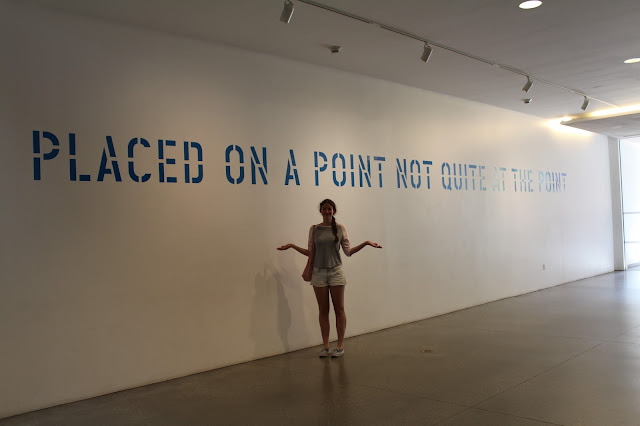 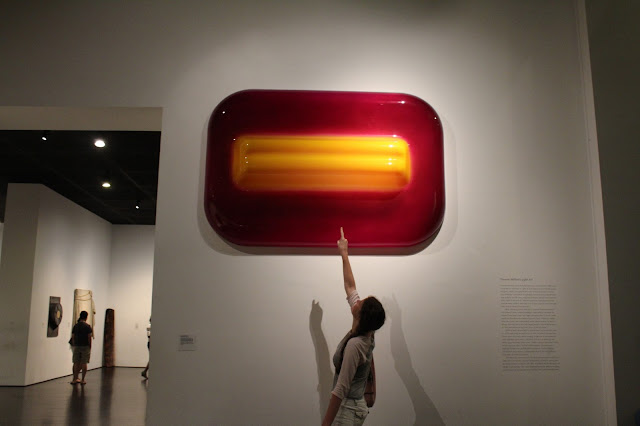 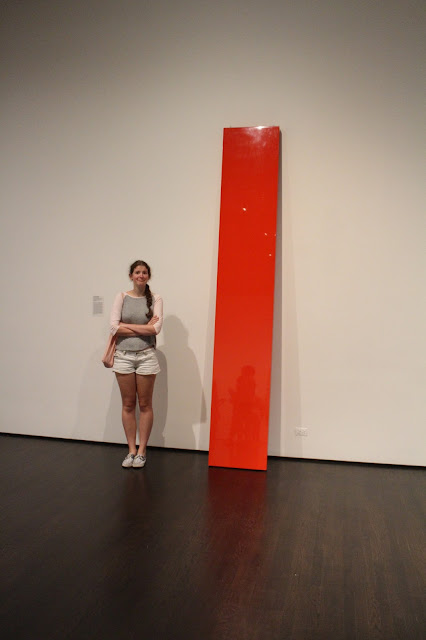 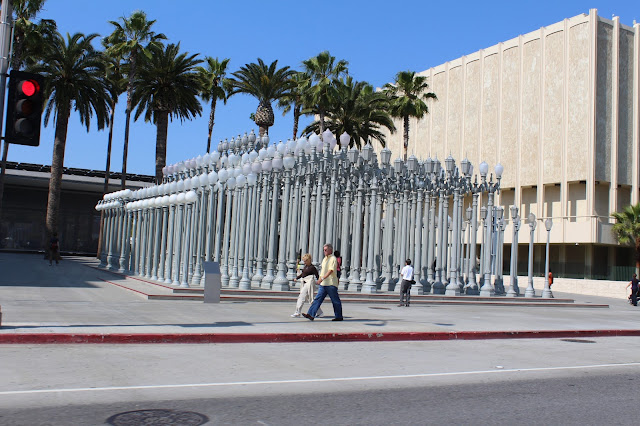 At lunch, we met a Canadian guy in the food court who got excited about how 'posh' I sounded when I said tomato. So that was interested. We were super tired from walking around all day, so we came home and baked lemon yogurt cake and had mexican salad for dinner.

On June the 2nd, we ventured into Hollywood! Donna drove us into Santa Monica and then we successfully caught a bus to Hollywood. One thing we're discovering as we get our heads around the geography of LA is that everything is SERIOUSLY spread out and it takes AGES to get anywhere!! Also, I will never ever take Sydney public transport for granted ever again, because there are about 4 buses in LA, which makes it really hard to get around! 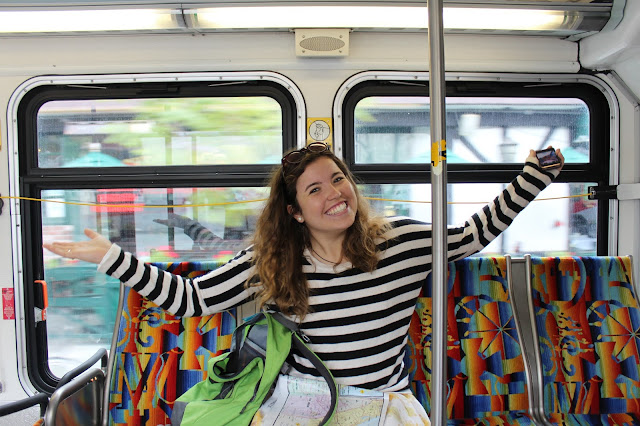 No matter what country you're in, buses always have ugly rainbow seat covers. 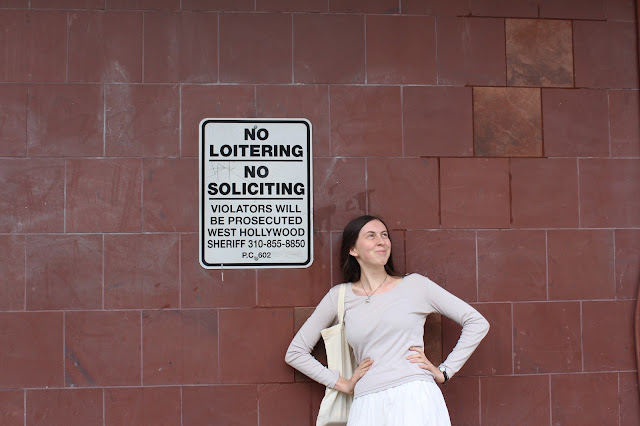 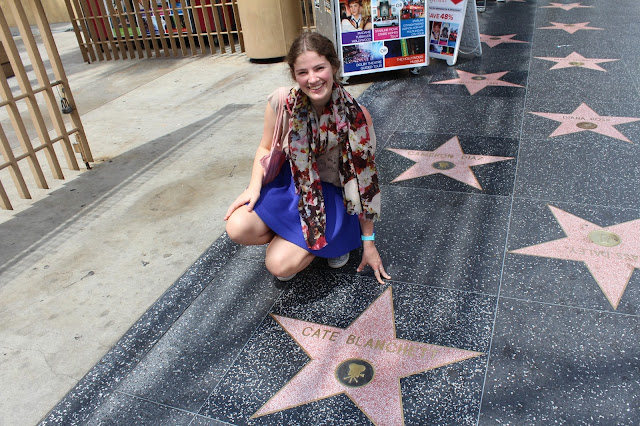 I mostly got excited when we found Australians. 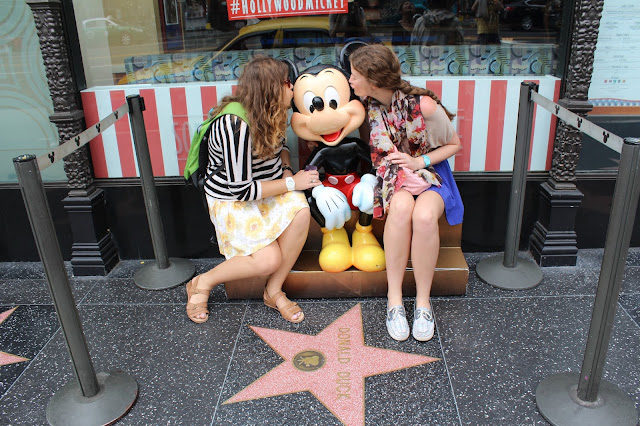 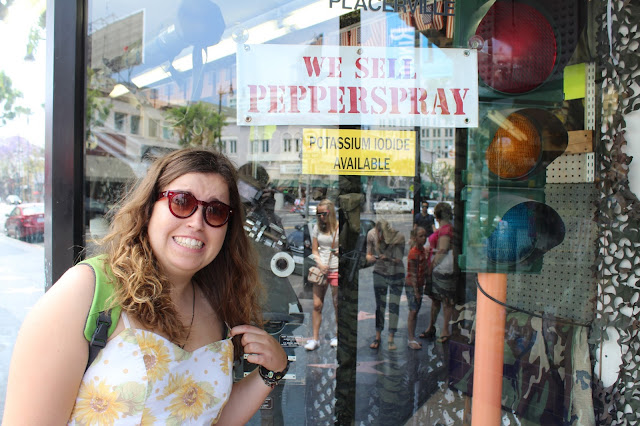 And then suddenly as we were walking there was a break in the buildings and we got a view of the Hollywood sign, which was pretty special. 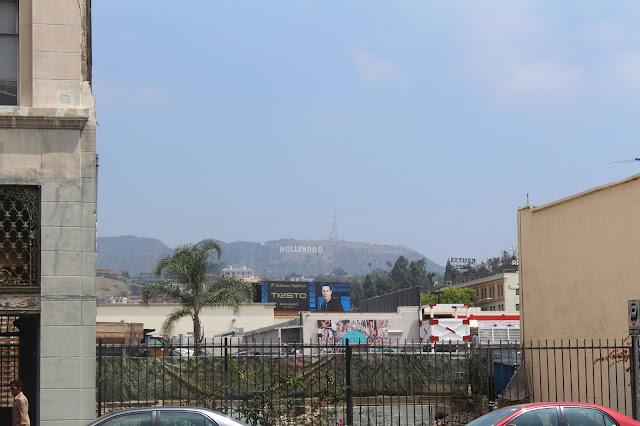 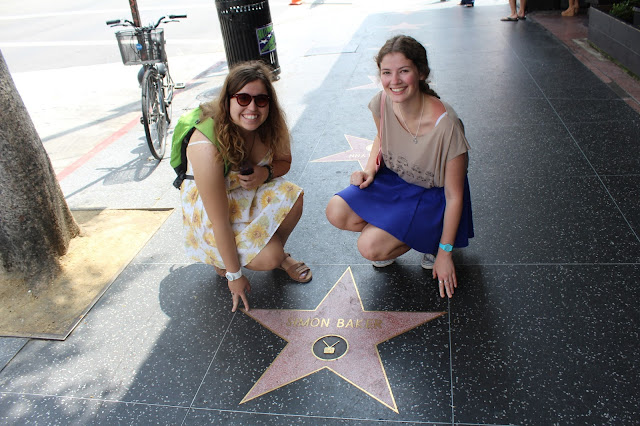 Because it was Sunday, there was a farmers market which was super special! We bought cherries and strawberries for ridiculously low prices, and wandered around. And then as fate likes to do, we ran into Alycia, who was in the year above me and Emma at Newtown, and who moved out to LA a few months back for acting. So we're going to see her later this week which will be fun! but it was such a serendipitous moment! 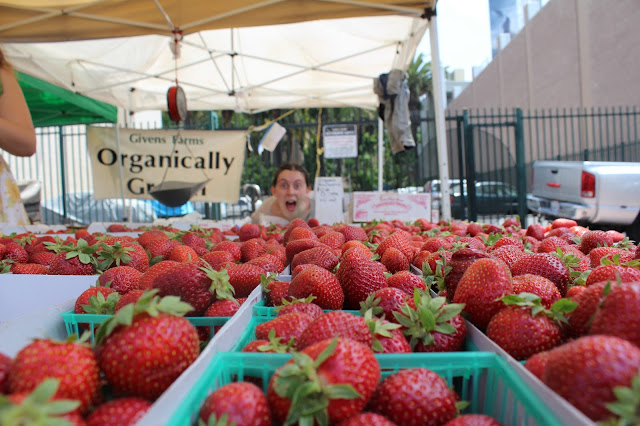 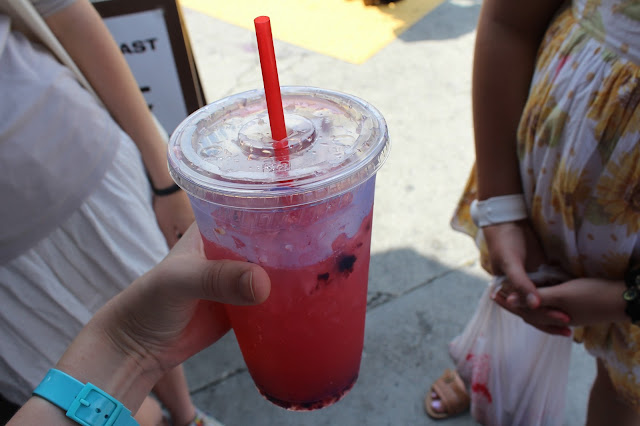 Then we walked back up the boulevard and to the Hollywood Highlands Shopping Centre, which has the best views of the Hollywood sign. 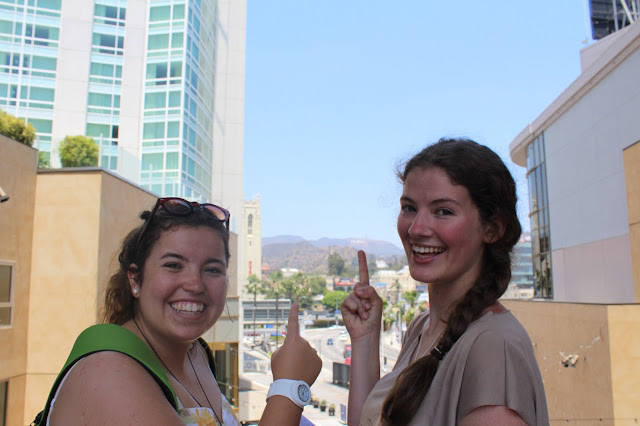 Next it was time for a tour of the Dolby Theatre, which is where the Oscars are held. It tour was super great, and we got to actually go into the theatre and see it all and wander through the levels. Our tour guide was great and was super willing to answer our many many questions! The aspiring actor in me couldn't help but daydream... 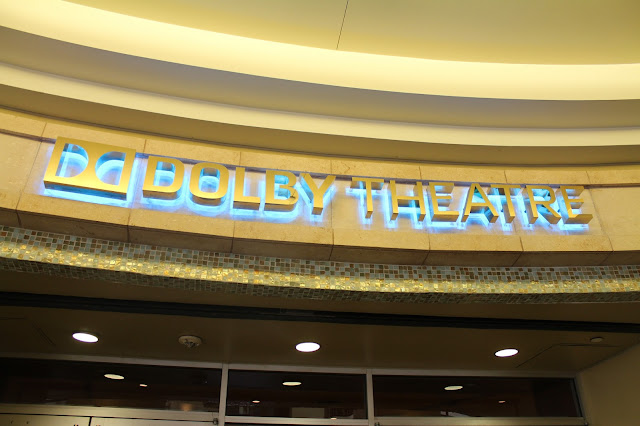 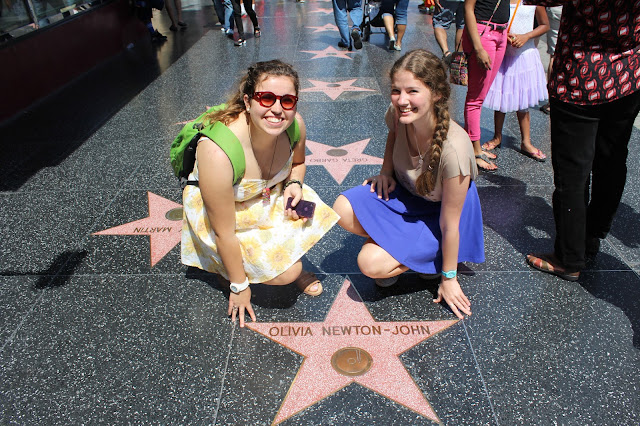 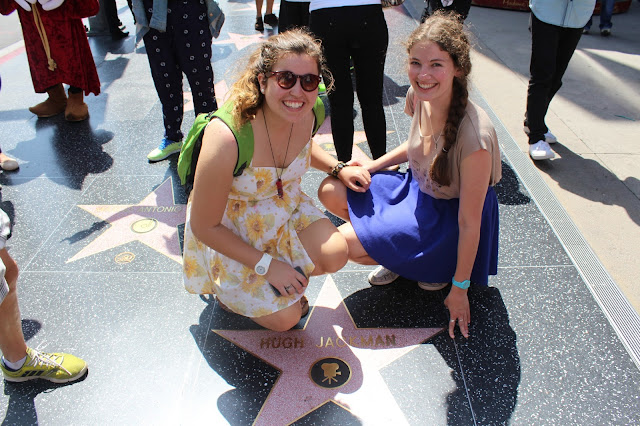 The Chinese Theatre, which is where all the movie premieres happen was really cool too! And seeing all the hand and foot prints out the front! 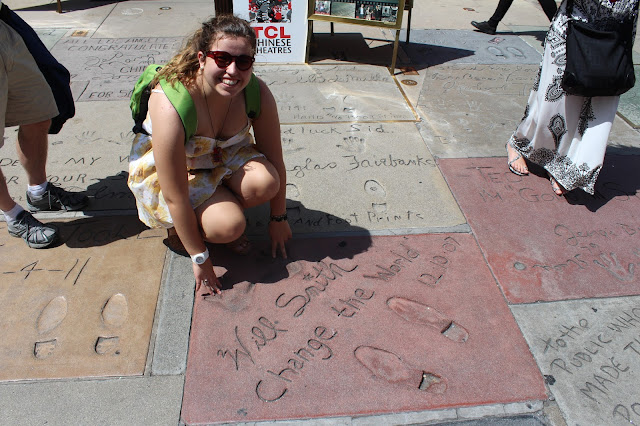 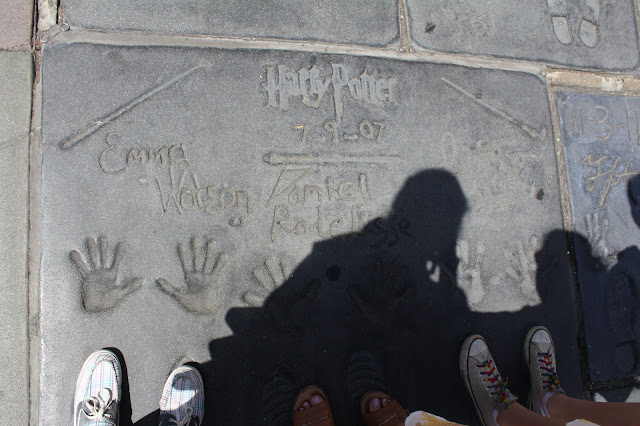 After a long day, we headed back to Venice on the longg bus ride! Donna picked us up from Santa Monica and we stopped off at Ralph's for some more things (including more Captain Crunch, poptarts and Fluff!!!!) On the way back we drove past Venice High School, which is where Grease was filmed!! 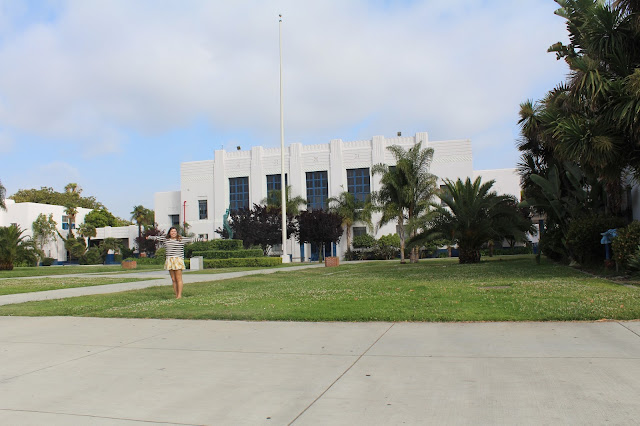