Today we rolled out of bed and caught our bus to ROMA! THe bus ride felt longer than usual. We settled into our tent (love me some camping ground prices). In the evening we met up with Jessi, Anneka and Clancey and had dinner and drank bad limoncello and played pool.

The next day we caught the bus out to the Vatican! We walked for ages and ages and finally got their! THen we had to line up and cover our inappropriate outfits (far too much skin for the Vatican). 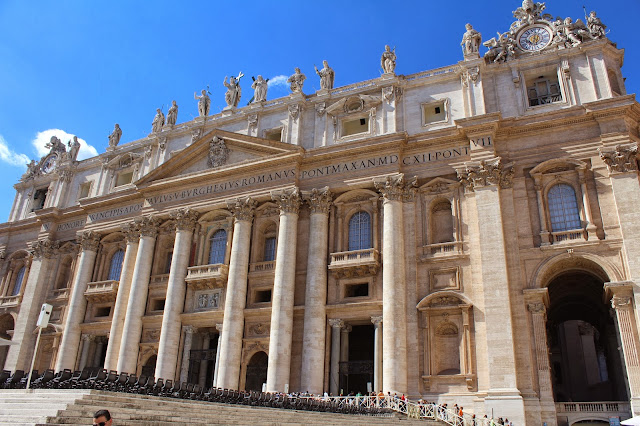 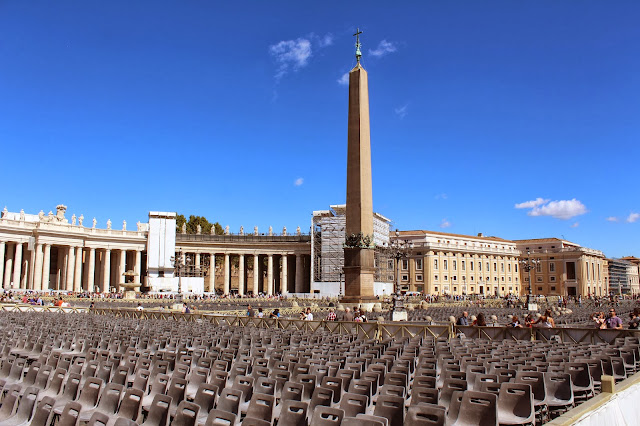 The inside of the Basilica was so so beautiful! The excess of European Catholic Churches is often a little overwhelming.I liked reading about St Peter and all the fancy things they discovered under the church!! 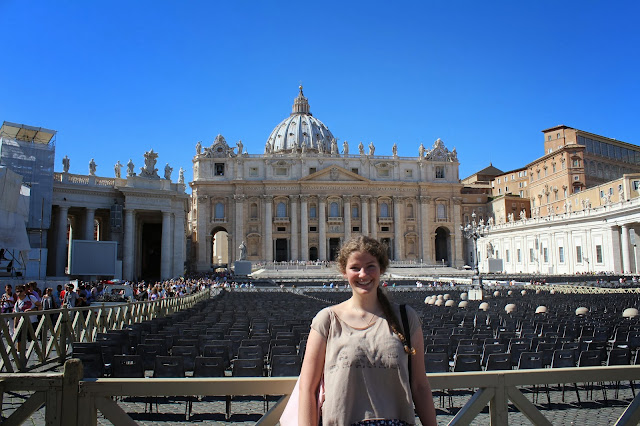 Next we visited the Vatican Museum. My favourite part was the Galleria delle Carte Geografiche. The Sistine was of course a highlight (and I took some sneaky footage which was be seen in the Rome Film!!) 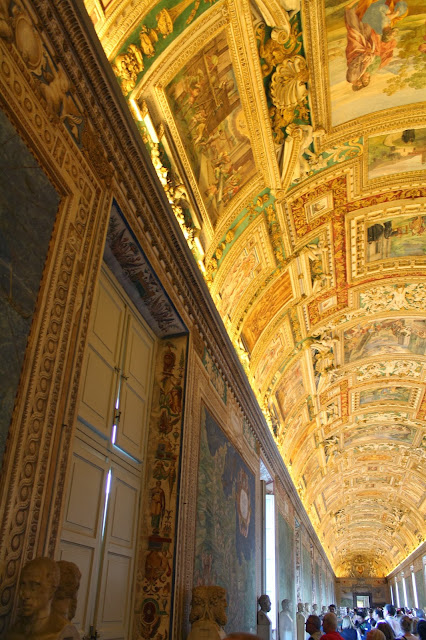 Gelato was necessary! THIS WAS THE BEST GELATO I HAD IN ITALY AND IT WAS ABOUT 3 EUROS. Everyone take a moment of silence to appreciate how wonderful it was please. 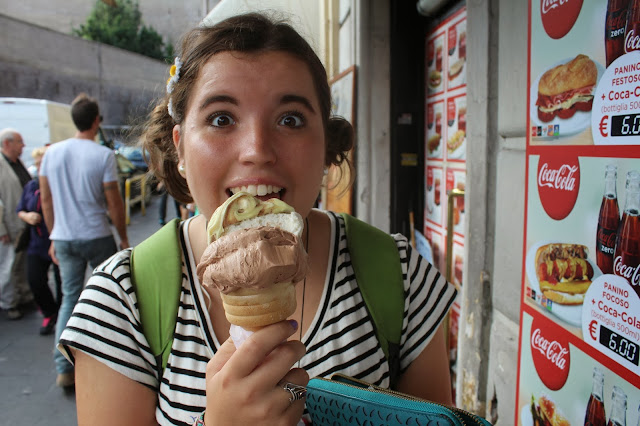 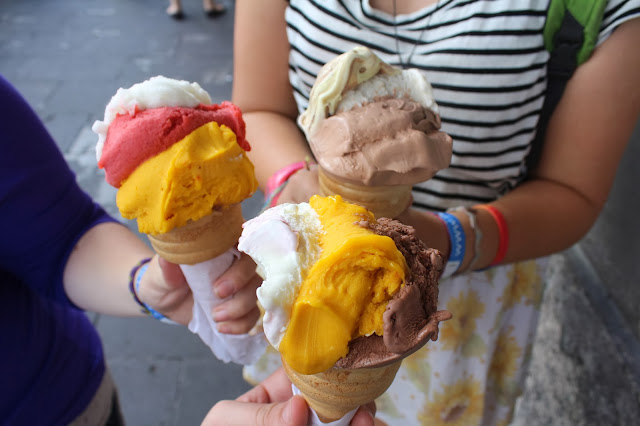 Thenwe went for a walk and ticked off another of the day's ABCs, another bloody castle. 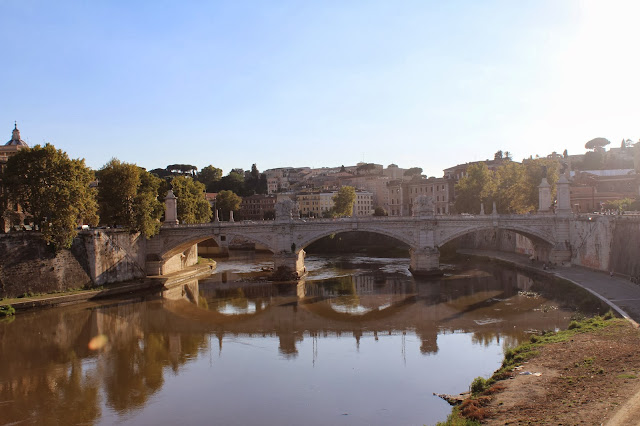 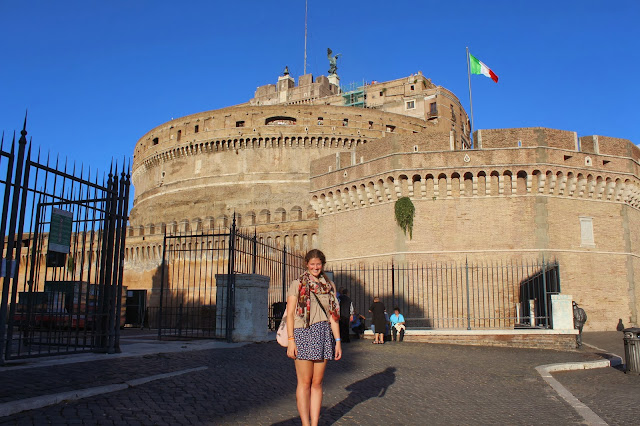 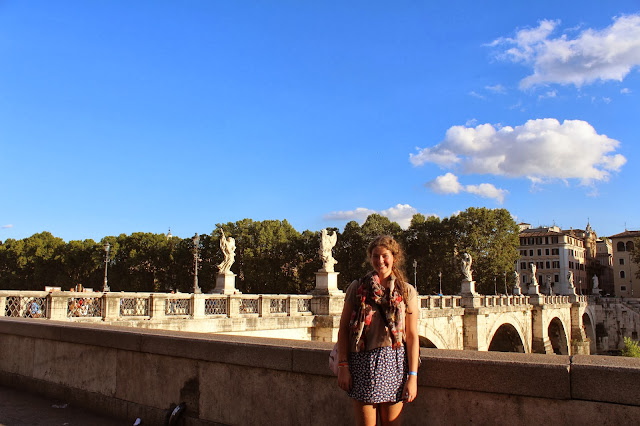 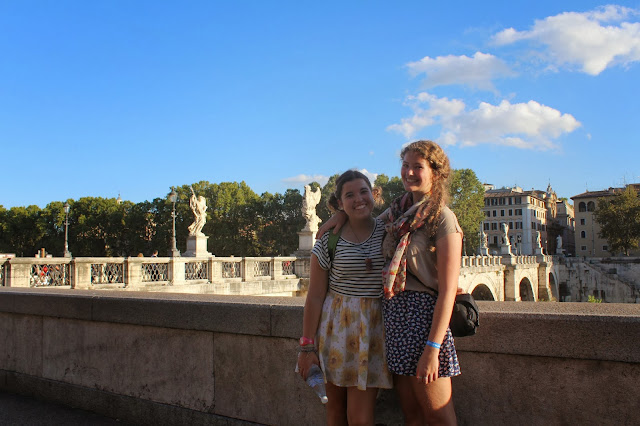 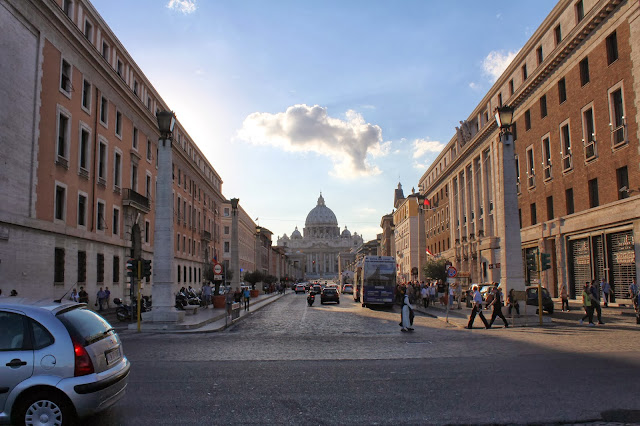 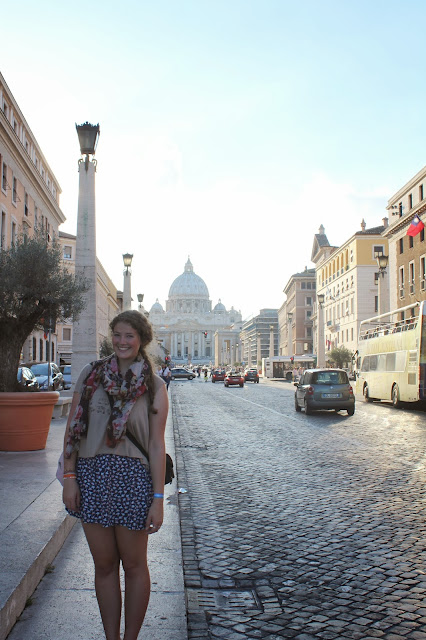 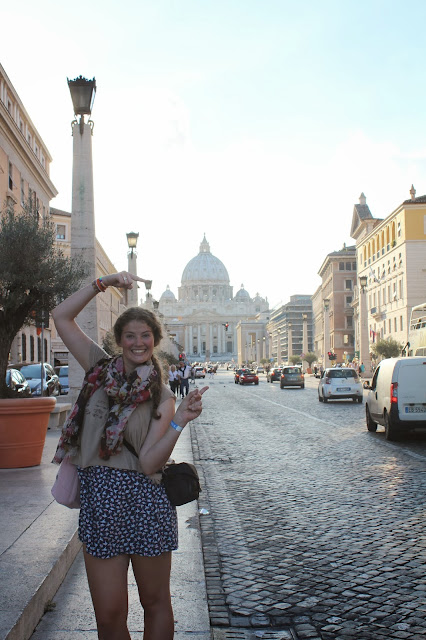 In the evening we had a few drinks with friends and ate cheese and bread and laughed.

The next day we caught the train out to the Spanish Steps. I recreated various moments from the Lizzie McGuire movie and enjoyed it a little to much. We tried to take photos, despite the 2356236326 retaired Japanese tourists. 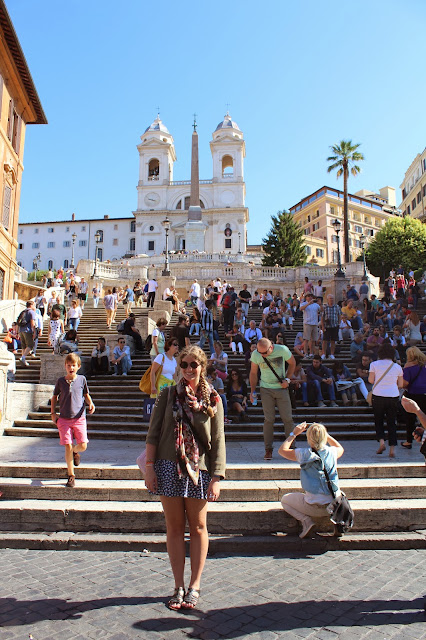 Next stop, after a scenic detour thanks to Bridget's map reading skills, as the Trevi Fountain. I threw two coins in. The first says you will return to Rome. The second, says you will meet a nice italian boy ;). The third, says that you'll marry him, but I thought that was a bit too big of a commitment for 18 year old Sophie to make so I stuck with two coins. 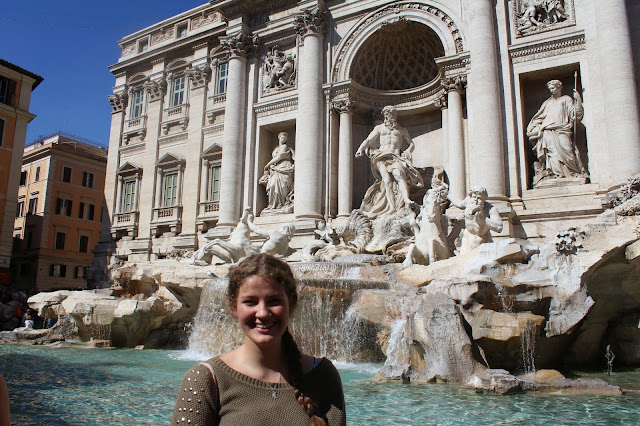 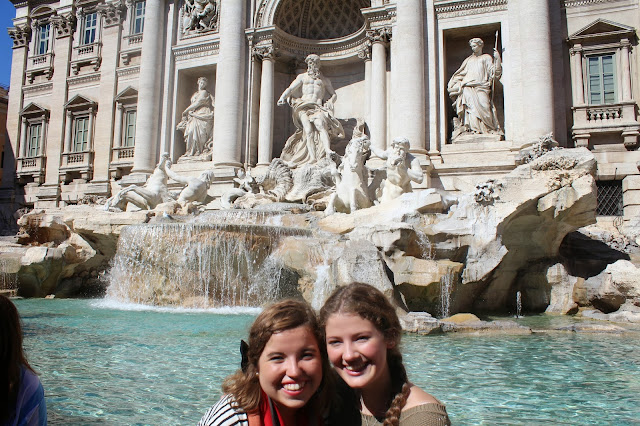 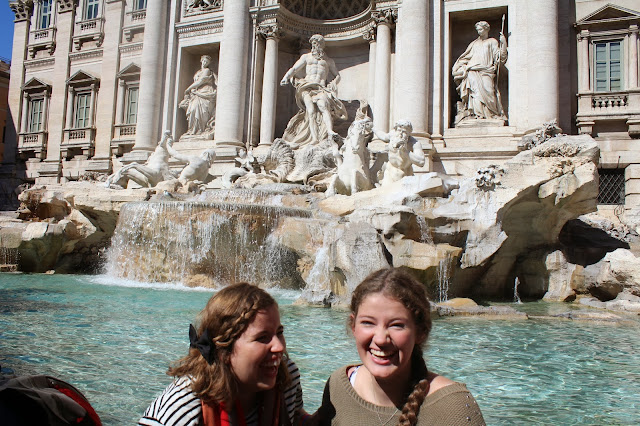 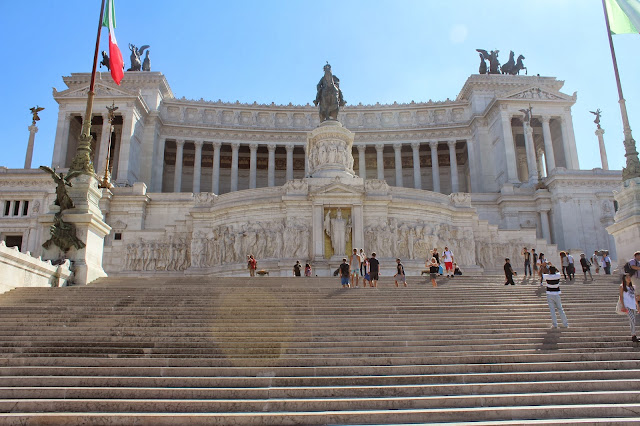 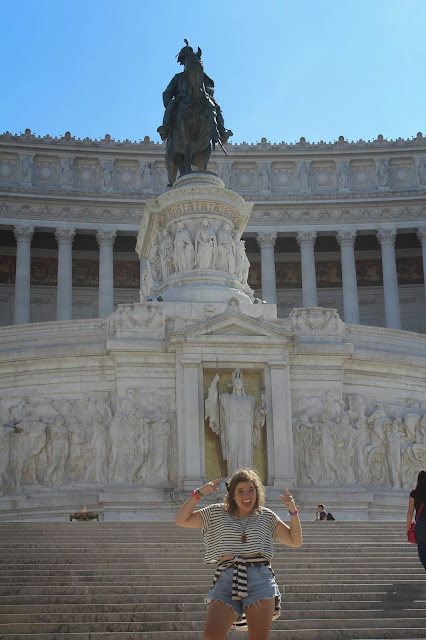 Next we headed to the Roman Forum. It was super lovely to see all the old artifacts! Makes one feel rather insignificant. 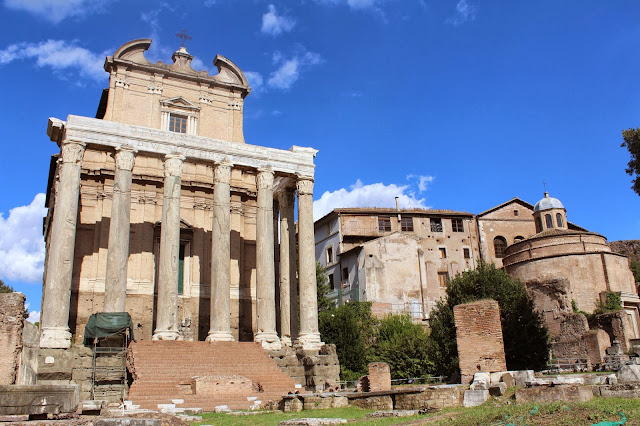 The masterpiece of Rome came next, the Colosseum! It's such a special site that blows your mind. We stayed to watch the sun go down over the Colosseum. 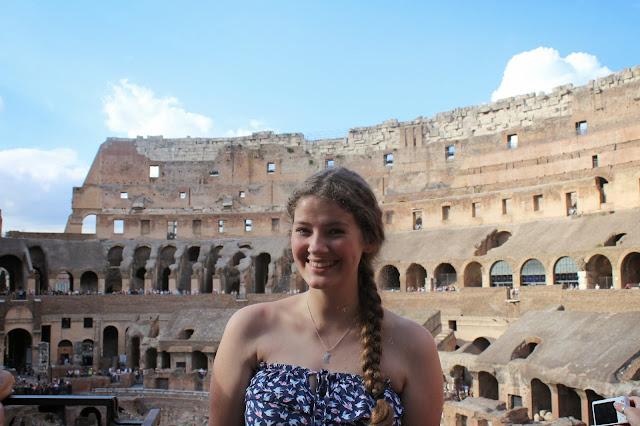 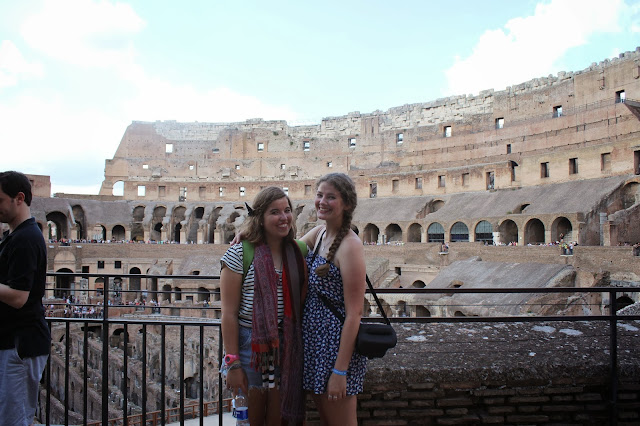 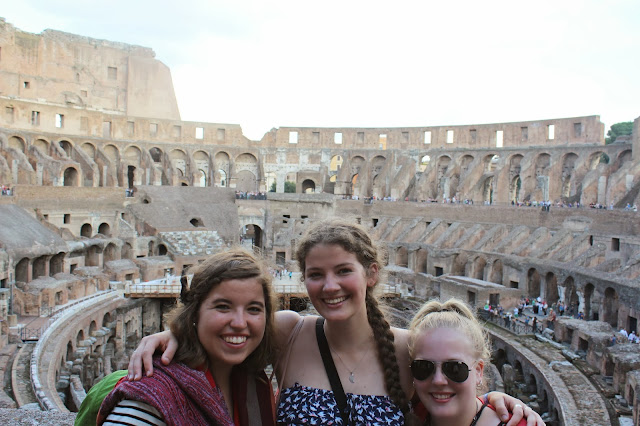 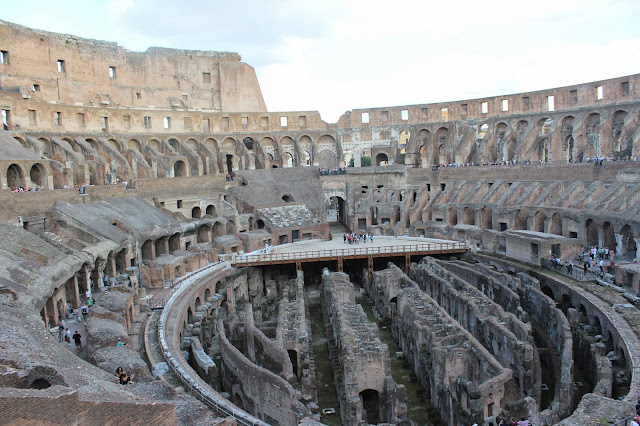 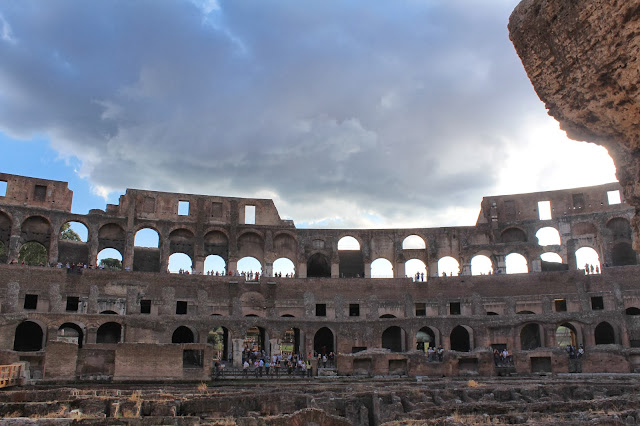 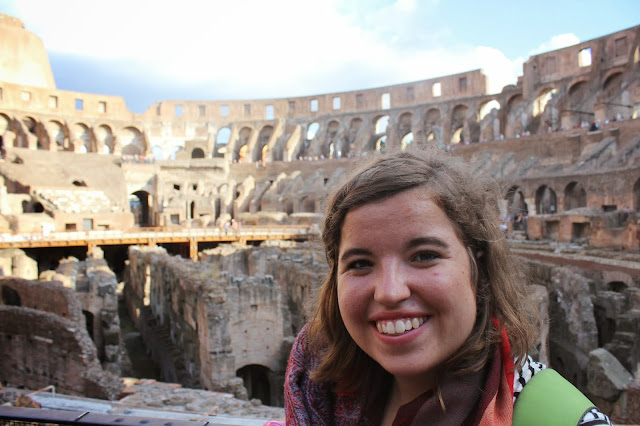 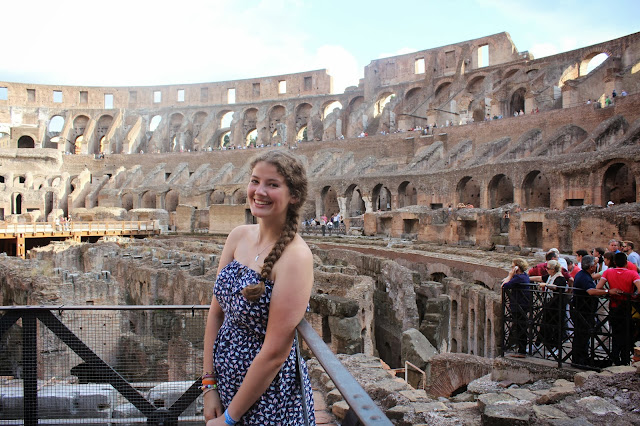 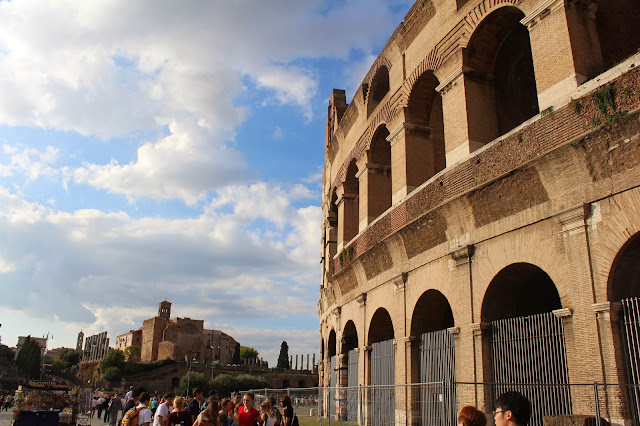 In the evening Bridge and I had dinner with the girls and teachers from her high school who are in Rome on their Europe tour! It was so so nice to chat with them over a yummy meal! back at our hostel we went to a toga party woohoo.

The next two days were spent in bed watching movies, sleeping, and trying to kick my cold in the butt! Bridget went on an adventure on the 4th while I stayed in our tent! But it was good to recuperate!!
Posted by Soph Hawk at 11/02/2013 02:10:00 pm