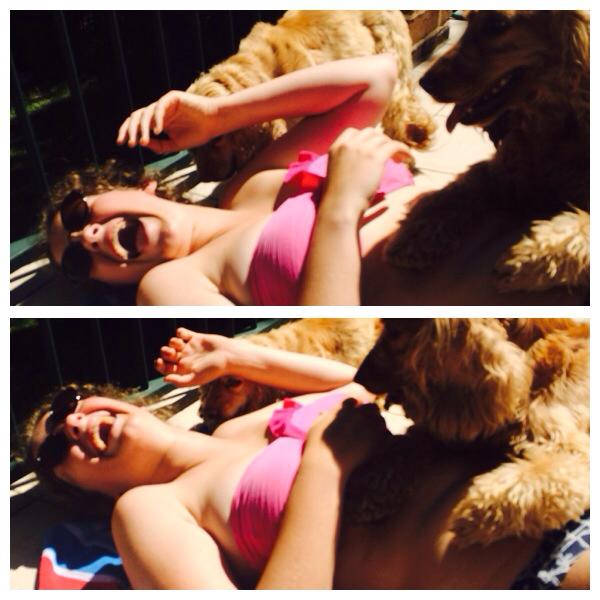 Hello dear friends. It's hard to believe that it's already June! Last Friday marked a whole year since Bridget and I jumped on that first plane to LA via New Zealand, and what a year it's been!

2014 has been mad! I've started uni which is very exciting, and a little bit crazy. It's wonderful to be studying again, I really as ready to start university in March! My course has been pretty great so far, a lot of communications theory which isn't the MOST exciting, but it's necessary! The film production things I've done so far have been really interesting and I'm excited to get to do more of that over the next few semesters.

In other news, I'm wrapping up shooting of my first feature film with is RATHER EXCITING. I've had a blast and I can't wait to see how it turns out. I've loved hanging out with the cast and crew and I think it's a pretty sweet little film that we've created!

Uni has (finally) finished for me for the semester as I have no exams (I know, I know, best degree ever) so I have two months of to watch a LOT of television and bake a lot and get snuggly in the incoming cool weather!

I've got two weeks at the snow this winter, back to back with my uni's ski trip and going with my family! So I will spend a LOT of time on the slopes this year which is exciting! I'm getting into a bit of a fitness regime over the next six weeks to prepare before I go so that I don't totally die.

I've decided to get back into blogging about what I'm up to, and I have a few little projects up my sleeve involving my extreme tea collection and baking. So expect more up here over the next few weeks!